Methyl salicylate (wintergreen oil) is an organic ester produced naturally by many plant species, mainly wintergreens. Methyl salicylate was first extracted and isolated from Gaultheria procumbens. It is also synthetically produced to be used in in foods and beverages, used as fragrance and in liniments. It is colorless to yellow or reddish liquid and it exhibits a characteristic odor and taste of wintergreen. Methyl salicylate is used as rubefacient and analgesic in deep heating liniments for acute joint and muscular pain. It is also used as a flavoring agent in chewing gums and mints in small concentrations and added as antiseptic in mouthwash solutions.

Methyl Salicylate is industrially produced using a process called the Kolbe-Schmitt reaction. First, phenol is reacted with sodium hydroxide (NaOH) and carbon dioxide (CO2) to add the carboxylic acid group to the molecule to obtain salicylic acid. Salicylic acid is then methylated to obtain methyl salicylate. A byproduct, double carboxylation of phenol, is formed in minute quantities during the Kolbe-Schmitt process.

Methyl Salicylate is widely used as intermediate in medicine manufacturing and as aroma enhancer in Oral drugs and paints.

Methyl Salicylate is widely used as aroma enhancer in Cosmetics. 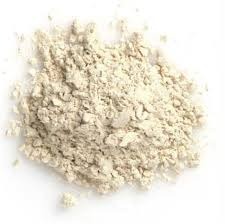